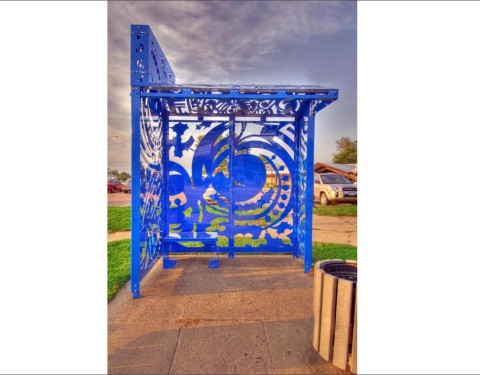 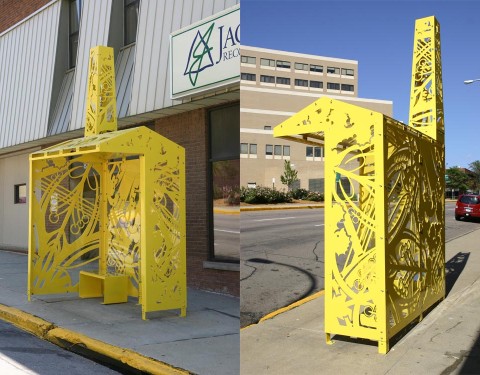 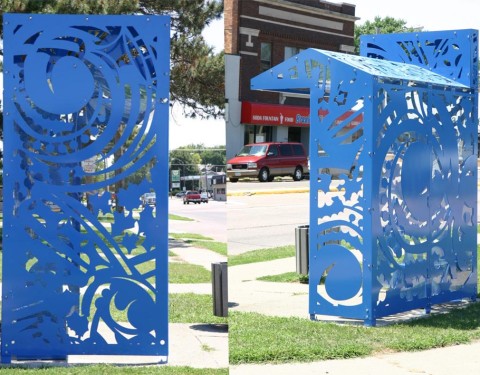 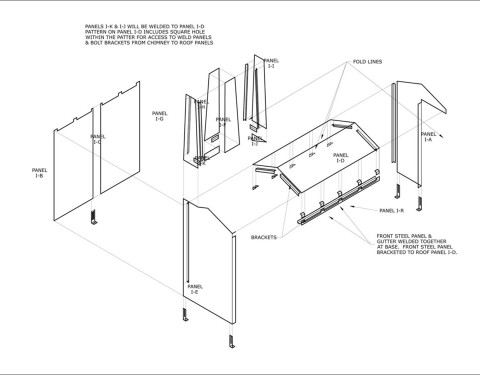 These two bus stops were commissioned by the Sioux City Chamber of commerce and developed in collaboration with Siouxland Transit system. The project responds to Sioux Cities “Midwestern rust belt” character through a mimicry of absent building typologies. It presents quasi-historical scaled down forms (here “Smoke Stack Industrial” and “Storefront”) chosen from a range of other reduced typologies. These forms where functionally adapted to the role of a bus stop to give shelter and provide good sight lines for the bus driver looking for waiting passengers (hence the bite out of the front left hand corner and missing leg). The next facet of this contextual reflection appears in the detail and decoration of the buildings elevations. All sides of the building are indiscriminately tattooed with abstractions of Prairie Style decoration that were generated from proximate sources. One appropriates from Steele / Purcell Elmslie’s Woodbury Court House and the other from Louis Sullivan’s Babson House which were then collaged onto the form in a manner that externalizes and brings them to the close attention of the daily bus traveler. The project was developed with first year students from Iowa States 2007 graduate program along with generous assistance of State Steel, Missouri Valley Steel and Fimco.