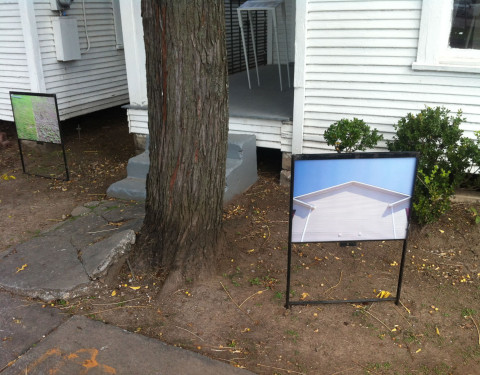 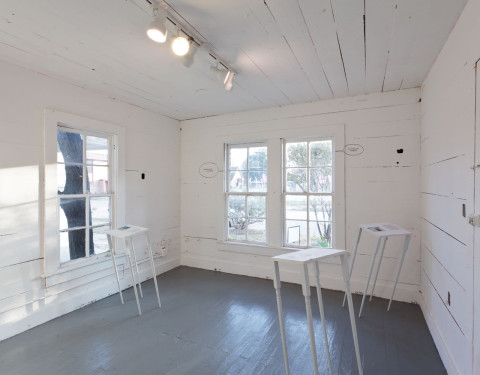 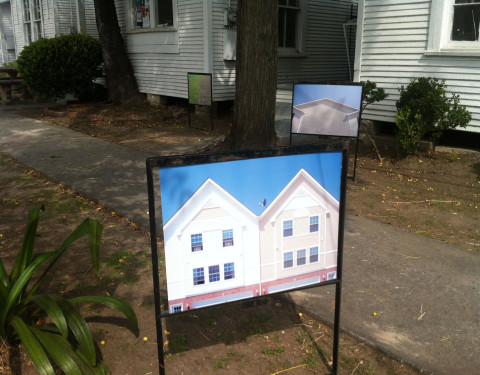 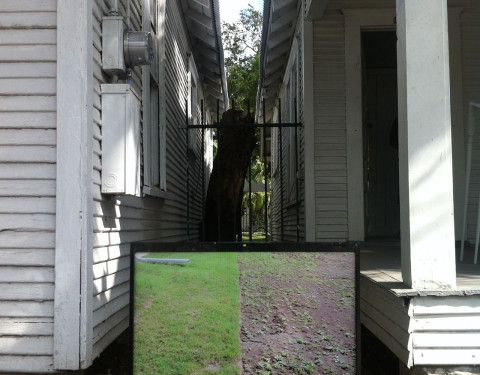 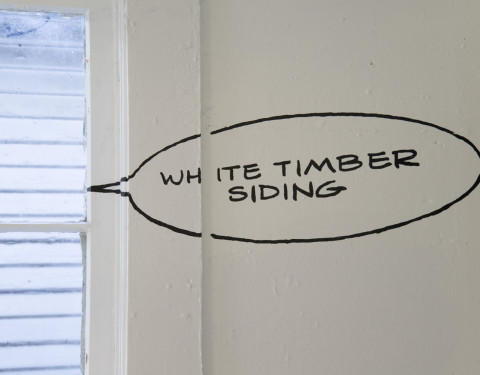 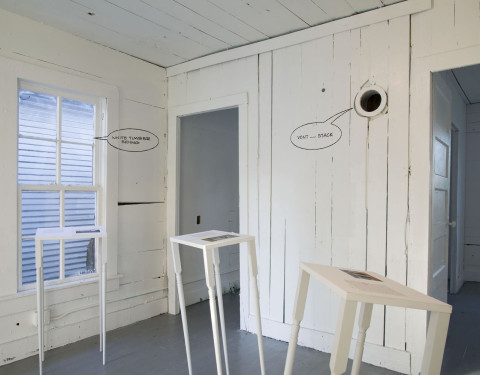 Not What We Bought

October 2012     “Not What We Bought” is a solo exhibition commissioned as part of “ Round 37 Project Row Houses”     Not What We Bought compares the modern suburban house with the row house at 2517 Holman St.   I first saw this house in 2003 when I was researching my book Manifest Destiny: A Guide to the Essential Indifference of American Suburban Housing. At that point Alex Gino and I were spending a year documenting houses across the US through photographs and writing. We were interested in how suburban homes had become representational of the forms of early American houses.   By comparison the Project Row Houses lacked any sense of being representational.  These houses appeared to be born of direct needs. There is arguably no comparison to facsimile of tradition that we see in today’s suburbs.   There is a myth that somewhere at the heart of today’s suburban home lies a spirit of meritocracy and hard graft that defines the earliest American houses. This idea has come a long way or rather transformed itself into vast palette of simulated appearances and forms that constitute what we see in contemporary suburbia. The references and associations have become so muddled that it is impossible to know where the source of these designs began. The original American house has been lost or exists only in the minds eye as a simple cabin in a clearing somewhere. Not a house that we actually know of but an idea – an illusive original.   Not What We Bought juxtaposes images from Manifest Destiny against significant parts of 2517 Holman St. It explores the deceptive likeness in forms, details, plan arrangements, and so on. It suggests that the contemporary suburban house may have appropriated the unembellished simplicity of a house built from basic needs.   Jason Griffiths. September 25, 2012